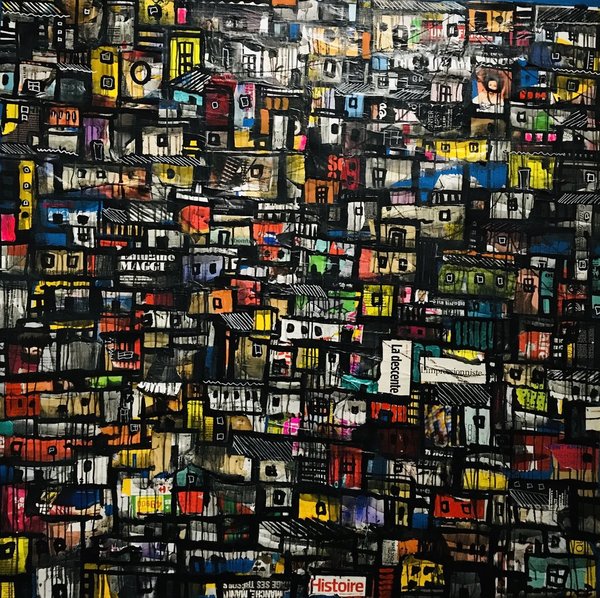 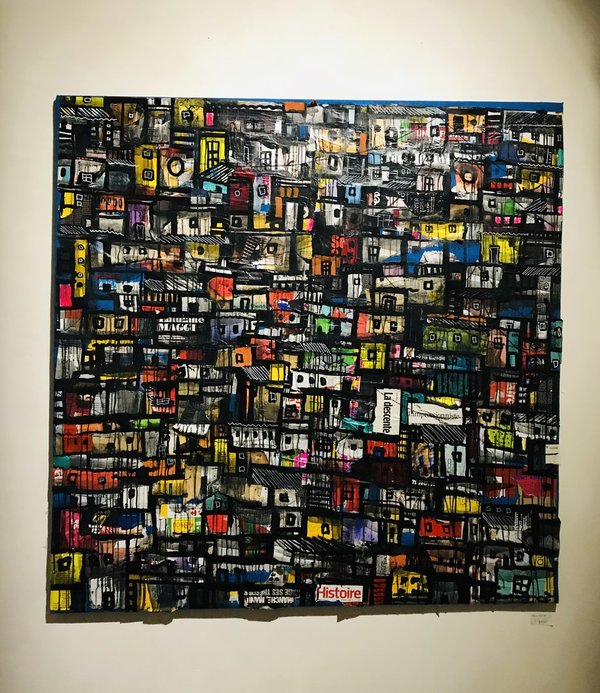 - Including certificate of authenticity

Peintre Obou's characters are all inspired by the masks of his region; the Dan masks. Obou's work shows the human warmth and the living together that manifests itself in the low districts of Abidjan. For Obou, the slum is the story of a city, the story of many lives written not in torment but in the hope of a winning ending.

Obou Gbais, was born in 1992 in Guiglo in western Ivory Coast. Passionate about drawing and painting since his early childhood, he joined the Lycée d’Enseignement Artistique in Abidjan. He obtains his Bachelor in 2012 and entered the National School of Fine Arts in Abidjan where he specialized in painting. Victim of trauma following the 2002 post election crisis, Obou dedicates his artistic creation to the theme of the human condition, life in the slums. Obou testifies about his experiences in the precarious neighborhood that opened his arms when he was fleeing the war.